Imagine your 18 or 19 year old son is drafted and sent off to fight a war on foreign soil.

Now imagine that he comes back home to you in a coffin six month later. Your government gives him a brief military burial, gives you a flag, and a few of your relatives treat you to breakfast at Perkins.

And that is it. You go home devastated. There is no recognition, no support network. And no one ever talks about it again.

This scenario is real for many of the families who made the ultimate sacrifice during the Vietnam War.

Many thousands of these families have received not even a simple thank you for their great sacrifice.

“The sword that slays the warrior remains in the heart of those loved ones left behind.”
– Julie Kink, Gold Star Sister 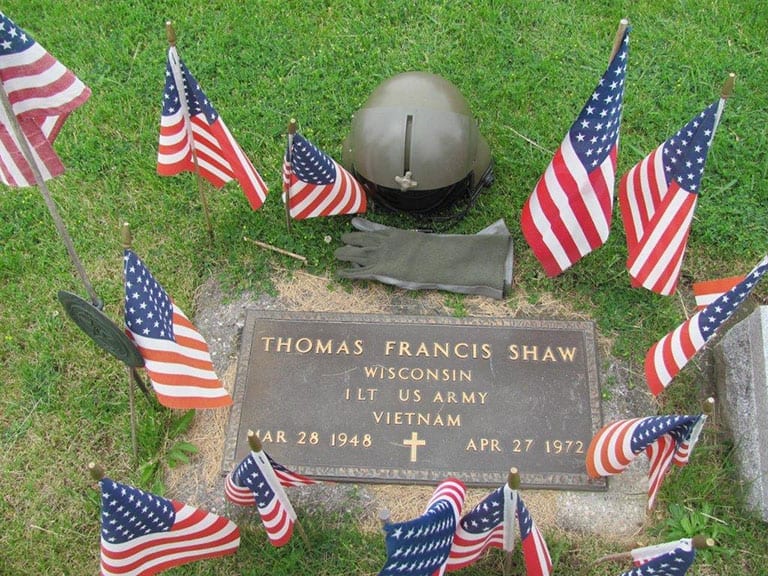 My name is Jim Crigler

I met my first Gold Star family in May 1972 when I escorted the remains of their son home from the War in Vietnam.

Since that time I have met hundreds of Gold Star Families. The story is almost always the same; they buried their loved one and never talked about it again.

“I say it’s time to pull that sword out of their hearts and let them know that we will never forget their sacrifice.”
– Jim Crigler

On August 24, 2017 I finished my solo Mississippi journey

I got off the river at the Moon Walk River Steps in the French Quarter of New Orleans. It was a much tougher trip than I had imagined. And dangerous! Especially on the flooded waters South of St Louis. But in the end my trusty Wenonah canoe and oars got me through the journey safely.

I never tipped the canoe once in the entire 2300 mile journey. BUT, though the solo river trip is complete the MISSION is just beginning.

As you recall, the mission is to raise money for the National American Huey History Museum and to honor our Gold Star families. During the paddle downriver I personally met and thanked over 350 Gold Star family members, most of them Vietnam Gold Star Families and conducted over 100 media interviews and group presentations. All this along with the fundraising efforts will continue until our mission is complete.

Please find it in your hearts and your pocketbook to help us in this great mission.

Learn More About Jim, His Story and Cause

To Honor Gold Star Families
Starting in April, 2017
Details About the Trip >

Learn more about Jim and his personal story >

That is why I am starting a movement: To thank and give back to the families who have sacrificed so much for our country.

I’m also raising money for a 501-3c charitable group that honors these families.

How You Can Help

1. Sponsor Me as I Paddle the Mississippi. Go to the Donate page and please give generously.

2. Thank a Gold Star Family directly, with your letters or emails. Ask your local VFW or American Legion to provide you with the names of families in your area or go online for those registered with GoldStarfamilyregistry.com.

These are very low cost and I can assure you it will not be expected, but it will be appreciated.

“It is my belief that a Society that neglects its protectors will cease to exist.”

The map ID you have entered does not exist. Please enter a map ID that exists.

There have been many books written about the Vietnam War. I did not set out to write one of them. For me the war was well behind in my life’s rear-view mirror and I had been looking forward in life for many years. But over those years the war kept creeping up on me like a mosquito that keeps buzzing around your ear. It won’t go away until it’s satisfied with blood or you kill it.

For over 40 years I let that mosquito buzz in my head. My life was impacted in so many ways by Vietnam. I focused intently on anything other than that war. I’ve had trouble in positions that I worked in with authority figures and people that did crazy and stupid acts. I worked beyond extremely hard at every endeavor, whether it was work or play. 80-hour work weeks were the norm for me for many, many years. I even left the corporate world and started my own company because of this mosquito. But always my war would return.

Then a few years ago several of my grandsons asked if I would write some stories or perhaps a book from my time in Vietnam. They had read some books on that war and discovered that helicopter pilots were key players in every battle. And that was my job.

In Vietnam I was a warrant officer helicopter UH-1 Huey pilot. I agreed to try. For six months I would periodically sit down at my computer and try to hammer out my thoughts on the year that I had spent in Vietnam. But only a few stories came to my mind, the rest was blocked out by a brain that had shoved those nasty memories so far in the back of my mind that all I had was a blank slate. Many people that I spoke to on book writing advised me to just start writing. They said it would all come to me. But it did not come to me. I needed to remember what had happened and put it together so that it made sense to
me. My mind was still a blank.

Then one December day in 2010, I called up my 82 year old mother to see if she had kept any of my correspondence with her from my time in Vietnam. Indeed she had kept every letter. Some weeks later in January I received an envelope with 12 or 14 letters that I had written and sent to her from
Vietnam. They were in a small stack with a piece of yarn tied around them in a bow for keepsake. My mom had obviously kept these letters safe as a memento for over forty years.

All of them except one said “Free” where a stamp should have been. I went through the envelopes and organized them by postmark from September 1971 until September 1972 – the time of my tour in Vietnam.

But there was one letter left. It was dated December 5 1972, several months after I came back from Vietnam.
Tomorrow morning I will start this journey by reading my words from so long ago. I live in seclusion at the back of a two hundred acre wooded valley at the end of a one-mile road. There is only one way in and one way out. I like it that way.

On this early January morning there was a foot of snow in the valley and the snowflakes were still coming down. It was not yet dawn as I started a fire in the fireplace. My wife and two youngest daughters were still asleep. On this snowy morning I would read those letters and commence writing my thoughts on paper. I poured a cup of coffee and sat in front of the fire and grabbed the stack of letters. I decided to start from the back forward so I grabbed the letter dated December 5th 1972.

I was curious why this letter was even in the stack to begin with. But as I viewed this letter my heart sank as I read the words of a very distraught young man. This letter was a suicide note that I had written to my mother in a fit of despair. I did not remember writing this letter. But there it was in plain ink in my own handwriting. I wondered why my mother had kept such a thing. But I read that letter over and over. My stomach churned and my heart ached each time I read it. I could not only remember those memories, I could still feel the pain. It was still there after all these years.

When one reads their own suicide note it has a way of making you sit up straight in your chair. I was now more determined than ever to kill this mosquito. But there was much more to it than that. As a young man, just prior to my experiences in Vietnam, I was boy in trouble. I had a moral dilemma that needed to be solved. This book is about solving that dilemma and finding purpose as well as a true mission in life.